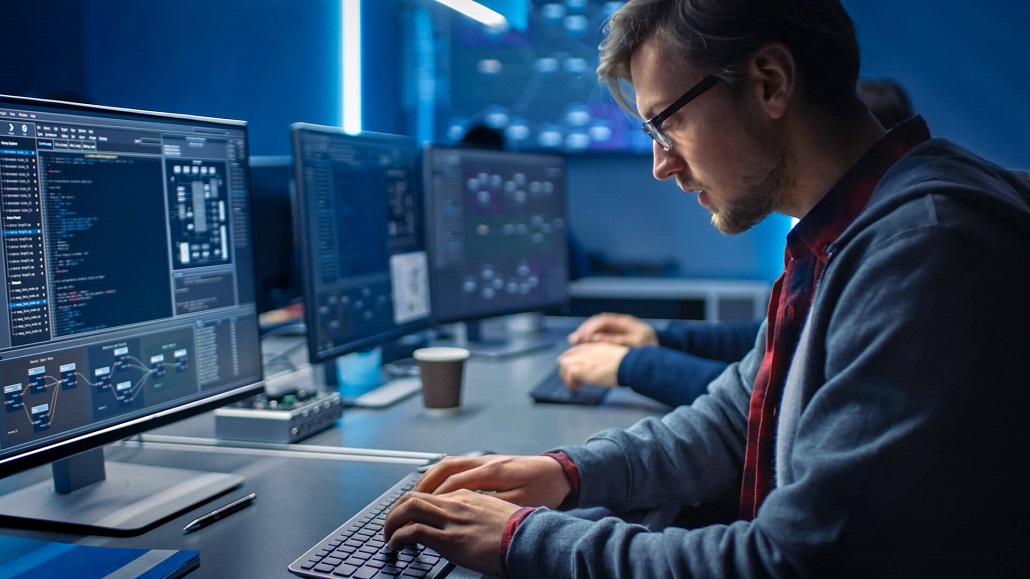 The world of software tools, frameworks and development methods is changing rapidly. What may seem hyper-modern today will be hopelessly outmoded tomorrow. Some tools and languages seem to emerge out of nowhere, but are quickly forgotten. Others like Java, C++, PHP and SQL become the industry standard for several years. Predicting the developments we can expect to see in the coming years in such a dynamic and changing playing field is difficult. Nonetheless, we think there are a number of tools and environments that you need to keep an eye on in 2021. We’ve listed them for you in this trend report.

Laravel is not the first attempt to take the pain out of development and boilerplate code with solutions for common tasks. But whereas many of these attempts – like Kohana – stagnated, Laravel is now used by roughly half of all PHP developers.

Laravel is a free, open-source PHP web application framework. Taylor Otwell created Laravel in 2011 as a more extensive (albeit simpler!) alternative to the CodeIgniter framework. It was intended for the rapid development of web applications with MVC architecture (Model, View and Controller) and is based on Symfony components. The newest version dates from September 2020 and offers long-term support to developers. They also constantly release new modules. Laravel comes with a wide range of basic tools, including API authentication, routing and two-factor authentication ready for use.

Unlike its predecessor Symfony, with its rigid control of structures and coding design patterns, Laravel is much more flexible. With Laravel, you go straight to the business logic, developing a working prototype for the customer in just a few days. Developers have access to a large community in addition to a comprehensive number of free manuals and tutorials.

When applications respond asynchronously to changes, we develop and use a reactive response from the development and framework perspective. Now that front-end applications actively use the RxJS library, Java has an analog of RxJava.

RxJava is a library that wants to make async code easier to read and maintain.
Rx uses the same syntax for action descriptions as in functional programming like Java Streams.

There are a few pitfalls to circumnavigate when utilising Rx. Use it the right way, however, and you’ll produce less and more elegant code. Less code also has an advantage, as you can code faster with fewer bugs.

What about front-end development?

In front-end development, it soon became clear that Google’s Closure Library no longer was a promising competitor. The popularity of React and the underlying technology of this ecosystem is on the increase, however. Just think of Cypress for integration tests and graphQL as a system for requests and communication between APIs. This technology is already relatively popular but there are a number of new tools in React, such as the new Fiber reconciliation engine, which can be used to render what to display based on raw input data.

Fiber offers developers the tools to implement 3D quickly and easily. 3D has been around for a long time, in the form of WebGL, for example. But it is very difficult to develop. With Fiber it is much easier, making the building of 3D scenes more accessible. Will web design soon become three-dimensional and spatial? Perhaps, but it certainly won’t happen in the coming year. Because in addition to the further development of hardware such as telephones, speed and performance will also require tremendous development.

What are the most interesting frameworks for front-end developers today?

1. Vue JS framework version 3.0 It seems that compatibility with the second version, which many people used, has been sacrificed. But the developers have worked really hard and in addition to being lighter (almost 50%), the applications are also faster. Moreover, new features from various frameworks have been added. To date, only a handful of people have tested it but the discussions are ongoing and we definitely want to take a closer look at this.

2. The Svelte framework is gradually gaining in popularity. It uses a different approach (compared with React, for example) and it is a lot faster and easier to work with. Developers often use it to develop stand-alone independent modules that can be linked to an existing project. It is fairly unlikely that it will surpass the most popular frameworks such as React and Angular but its popularity is growing steadily. One to watch!

The Kotlin and Swift programming languages made such an impression on mobile app developers that they are bound to remain the industry standard for quite some time.

Swift has conquered the world of iOS development in its own unique way. High development speed and performance, more and more tools and a growing community left very little margin for Objective-C development. And yes, we are all familiar with the debates between Java and Kotlin supporters in Android development. The choice is usually an individual one. In practice, however, you must evaluate a task before accepting it, choosing an approach and methods to execute it before you start. It will only become clear at this stage which language is more suitable. Having weighed all the pros and cons in the arguments between Java and Kotlin, the approach is the only thing that is fascinating about Kotlin: Kotlin has taken a fresh approach, providing developers with simple and handy tools that don’t require a lot of code. This is an important factor that influences developer satisfaction.

But there are a number of other interesting tools for mobile app development that are also worth keeping an eye on:

1. Koin: A pragmatic lightweight dependency injection framework for Kotlin developers and an alternative to Dagger2. Dagger had become too bloated and the code itself redundant. You write the same in Koin, saving time in the process.

2. Flipper: Especially handy for developing large projects. Flipper is a cross-platform tool, meaning it can be used for iOS, Android and ReactNative apps. It provides at-a-glance information about crashes, logs and network requests. In addition to this it also contains plenty of native-specific stuff, such as sources, shared preferences, and so on.

3. Wireless debugging in Android 11 is a handy tool, offering a new method for deploying and debugging your app wirelessly from your workstation.

There are many scenarios in which machine learning can be tremendously helpful, such as predicting machine failures to prevent production shutdowns, for example. Or to intervene in a timely manner in the event of a future shortage of parts, to ensure that production in the automotive industry does not grind to a halt. What to make of Domino’s pizza? They optimised the online processes and processes in 4,000 stores with artificial intelligence and machine learning. As a result, they are seeing happier customers and more tips for drivers.

These success stories fuel increased interest in terms of machine learning, Software Development Kits and platforms. Major players such as Amazon, Microsoft Azure, Google Cloud AI, and IBM Watson are already capitalising on this with Machine Learning as a Service.

Other contenders include Deep Cognition and FloydHub. They combine state-of-the-art frameworks with libraries, offering the option of playing with artificial intelligence without having to set up an entire environment.

Being at the forefront is important in software development, but beware of making extensive use of huge numbers of tools that may become outdated in the short term. Therefore, be careful about using the very latest tools as soon as they are launched. Gain and analyse your own and other users’ experience. Do this for the technology that you are already using as well as for future technology. Continue to monitor developments closely, however, and switch to the new world as soon as you are aware that the new technology has become leading.

Anyone who develops software with leading technology creates a healthy challenge for his developers. Plus your software is a lot easier to maintain than software that you build with hopelessly outdated tools and languages. 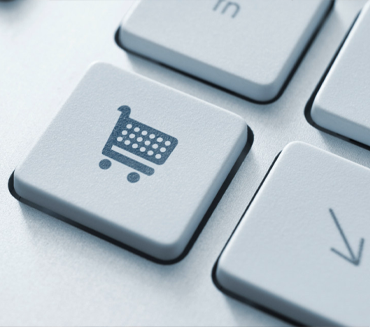 On-line store robots to monitor prices of competitors and resellers 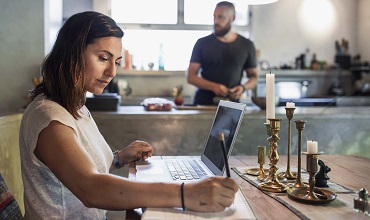 Working from home: from lonely stranger to holy grail?